At least I think they are bluebells.

Last time Leone was here weeding my garden we wondered what some little shoots were, thought about pulling them out thinking they were weeds but decided to wait and see.

This is my third spring here and I haven't had them before so they have made their own way into my garden to brighten my days.  Thank you, whichever neighbour planted them in the first place.  I hope they are flourishing in your garden, too. 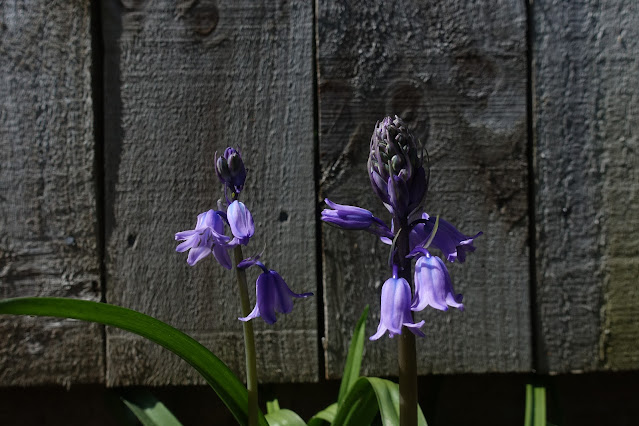 A comment yesterday by Margaret reminded me about the legend of Mt Taranaki.

In Māori legend, Taranaki is a mountain being that lived peacefully for many centuries in the centre of New Zealand's North Island with three other mountains, Tongariro, Ngauruhoe and Ruapehu.
Nearby stood Mount Pihanga. Covered in a cloak of deep green forest she presented a stunning sight and all the mountain gods were in love with her.
Taranaki dared to make advances to Pihanga and was reproached by Tongariro and a mighty battle ensued between them. The earth shook and the sky became dark as the mountains belched forth their anger. When the battle ended the lovely Pihanga stood close by Tongariro's side. Taranaki, wild with grief and jealously, angrily wrenched his roots from the ground and left the other mountains.
Weeping, he plunged towards the setting sun, gouging out a deep wide trench. When he reached the sea he turned north and stumbled up the coast. As he slept that night the Pouakai Ranges snared and trapped Taranaki in the place he now rests.
The next day a stream of clear water sprang from the side of Tongariro. It flowed down the deep scar Taranaki had left on his journey to the coast to form the Whanganui River.
There are those who say that Taranaki is silently brooding and will one day try to return inland again to fight Tongariro. Consequently many Māori were wary of living in the area between the mountains. 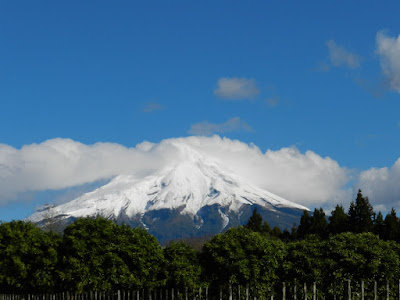 Love that legend and personally think little Mount Pihanga needed her head read, she should have just run off with Taranaki, he was much more handsome anyway, rather than causing all that trouble.  Then again, maybe she enjoyed the attention.
on September 16, 2022 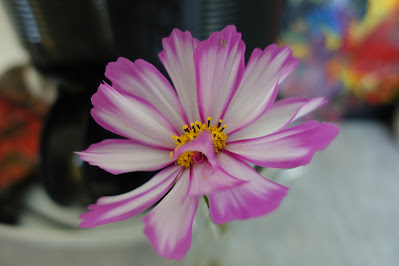