I've been saved from dwelling on the demise of the English language by a weekend at the beach.  I was first told I had antiquated views of the use of English over thirty years ago, so it's unlikely to be the last time it occupies my thoughts seeing as my views haven't changed.

My daughter has been the other member of my bubble during our Covid lockdown and this weekend instead of her visiting me to see if I'm OK, I went to stay with her.  Her current house-sit is my favourite of all the places she's stayed.  It's right on the harbour beachfront, not the flashest of houses, its design is a bit higgly-piggly but it has a feeling of home for me.

Thanks to a lovely friend who offered to call in to feed my two cats, I stayed two nights and now feel like I've had two week's holiday.

And because of very changeable weather the view out the front of the house was constantly changing.   I could probably claim to have seen the four seasons in two days.  No, not really, although the wind was extremely fresh from time to time it was never cold.

When I arrived on Saturday white caps were racing across the harbour. 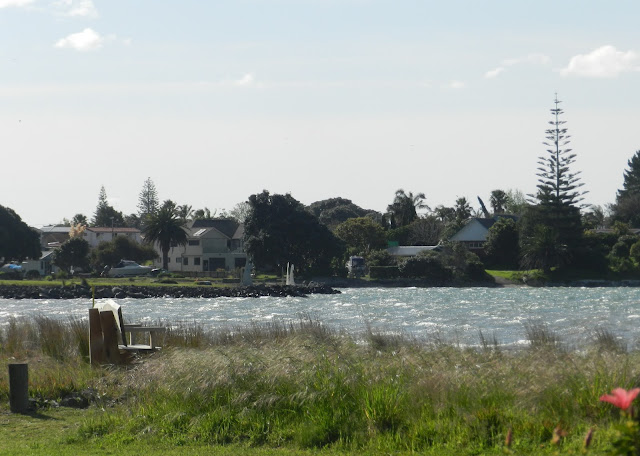 The little boats out front were bobbing around and I spent most of the day on Sunday, when rain came along to accompany the wind, worrying about that little boat on the right.  I thought it was sitting too low on the water. 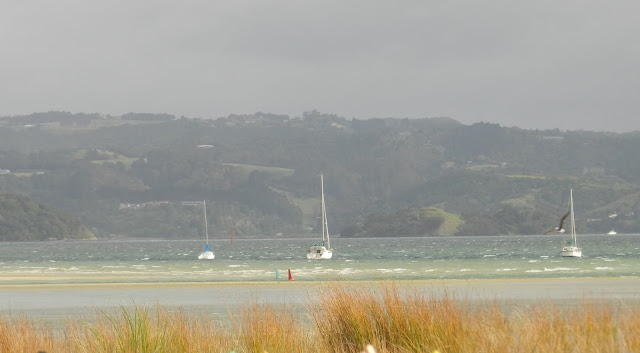 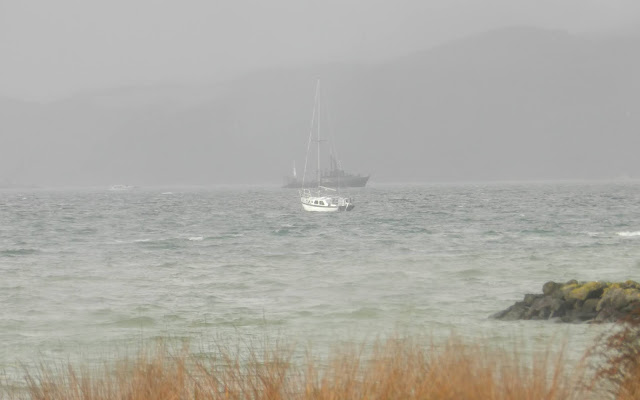 Last night the wind and rain really strengthened but it was all blown over by this morning when the harbour was as calm as usual, sun shining and the little boat added to the charm of the place. 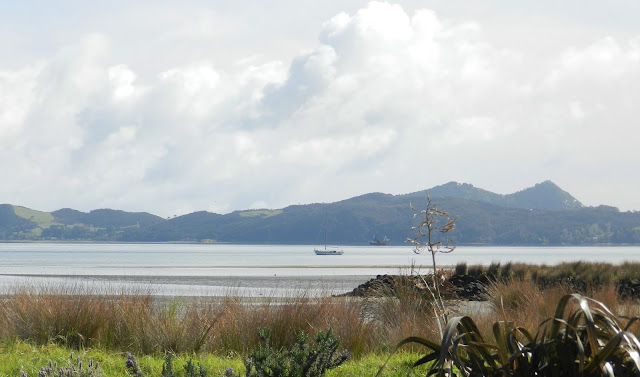 A boat came down the channel and looked to be heading out to sea but it just did a quick tour around the anchored boats before returning to the marina.  Some sort of harbour watch I guess. 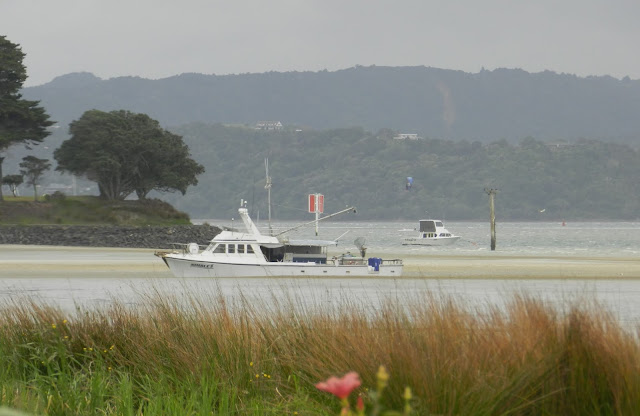 I had a quick stroll along the beachfront before returning home.  Correction, a short, slow stroll.  There were a few people out enjoying the sunshine. 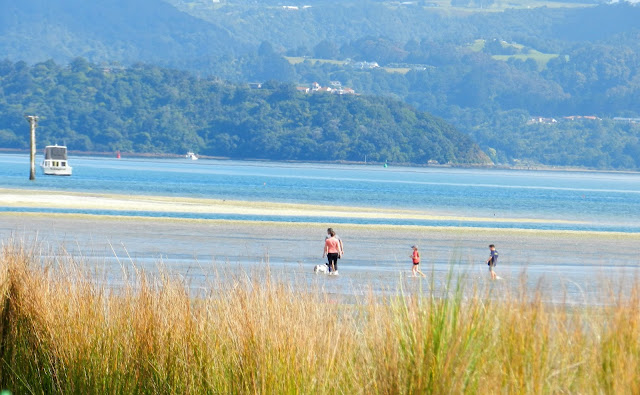 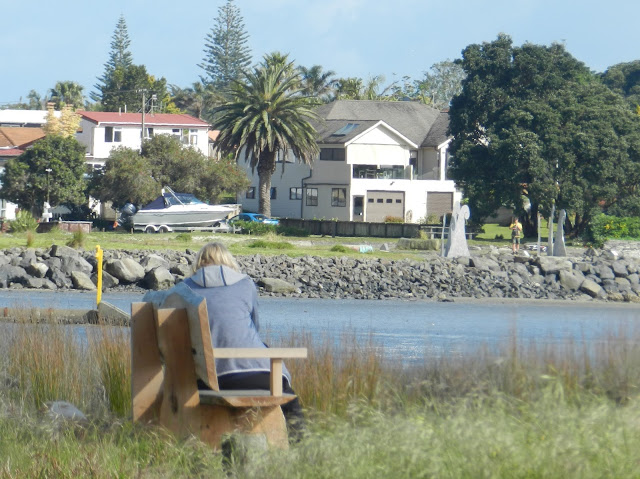 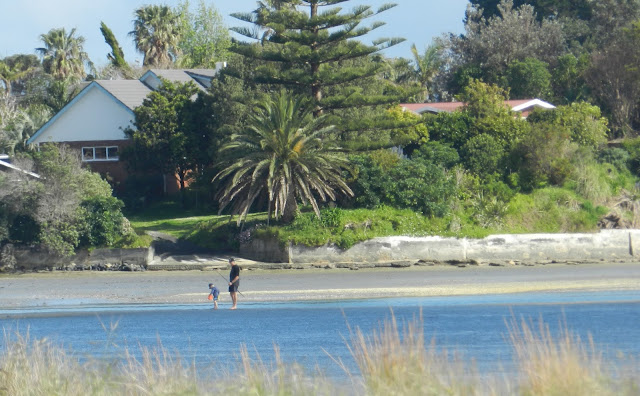 Lately I've had a hankering to feel the wind of a west coast beach on my face.  That would not have been acceptable under the current Covid level but that changes from tomorrow night, so that's where I'll be heading in the next few days. 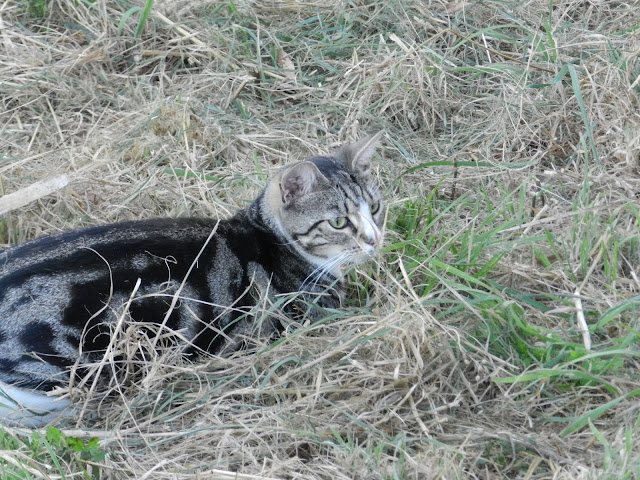