Filming in the Rain

We've had quite a bit of very welcome rain.

It hadn't started when I agreed to video my son's rugby team playing on Saturday.  He finds it a helpful coaching tool to look back over a game.

Only the most dedicated supporters were on the sideline.

It will be a challenge for him to see much from the end product, mainly because heavy rain  caused very low visibility.  But also because I was stationed further from the field than I would normally be, staying dry on the clubrooms deck.  I had the very justifiable excuse that I couldn't juggle the umbrella and the video camera at the same time.

I had difficulty seeing the ball half the time so just tried to concentrate on the general area of play.

And I kept getting distracted by that palm tree that looks to be growing out of the goal post.

To complete the weekend I spent three hours with my grand-daughter, Georgia at the lodge tidying a storeroom.  She is so easy to work with, happily follows vague instructions and thinks for herself.  I think she knows me so well, she knows what I mean.  For example, "Just put all that on the third self so I can find things easily." results in just that,  labels facing front, everything sorted by category.  She's a treasure.  It was quite a warm, humid day and boring but tiring work, a lot of carrying and lifting but the smile never left her face.  She's what I think of as a useful person - which is quite high praise in my book.

Then I think of Rowan Atkinson's, "About as useful as a one-legged man at an arse-kicking competition."  There's plenty of them around but that's definitely not Georgia. 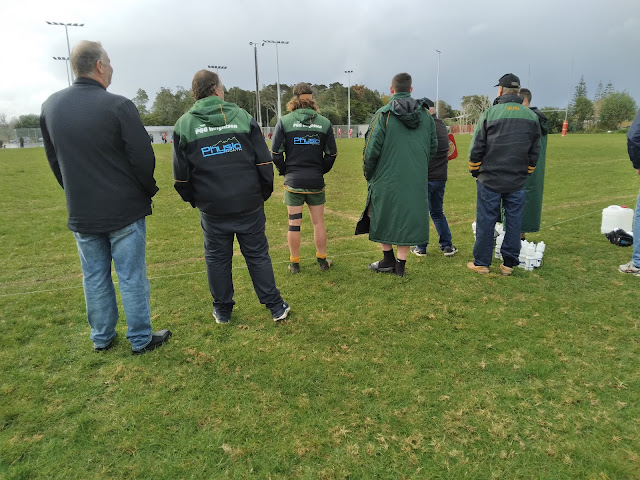