Straight to the top.

I must not let my amusement interfere with my mission to elicit an apology from New Zealand Qualifications Authority for helping themselves to one of my photos.

I received a prompt response to my email.  What I call a drafting gate letter where the help desk decides in which direction to send the complaint.

While I'm in a bad mood I might add I'm not impressed by the reply which was signed by V.  That's right, V.  If the drafting gate people can't even identify themselves I don't hold much hope of anyone accepting responsibility.

So what caused the amusement you might ask?  The drafting gate person decided my complaint should be handled by the Executive Assistant to the Deputy Chief Executive Qualifications.  I wonder what jumped up self important personage holds that title?  I'm just being nasty now.  Venting as the young ones would say.  I'd hazard a guess the title is the best part of the job.  Probably some harassed, under paid, overworked well meaning person trying to earn a living in the  bureaucratic BS that is the tertiary education sector, trying to sort out the stuff ups of their seniors.

In other news, the rain has stopped.  There was a lot of it and more is predicted.  The sun is shining, there's a stiff breeze to dry out the puddles.  If I weren't in a grump it would say it's a lovely day.  Oh, what the hell, it is a lovely day.  I'll put my bad mood on hold until I get a response from ... who was it? That's right, the Executive Assistant to the Deputy Chief Executive.

Update:
I have to put my cynicism aside and offer bouquets to NZQA for the blinding efficiency with which they handled my complaint.  Obviously, the drafting gate person on the help desk forwarded it to correct Executive Assistant who forwarded it to the correct Team Leader who explained that NZQA has an exemption under the Copyright Act 1994.

It makes sense that examination material must be confidential until the exams are sat lest they be compromised.  So they are allowed to use material even when it is copyrighted and permission is not necessary.

I still think for the sake of good manners they should find a way to inform the source of the material and have so responded.

Email ThisBlogThis!Share to TwitterShare to FacebookShare to Pinterest
Labels: NZQA 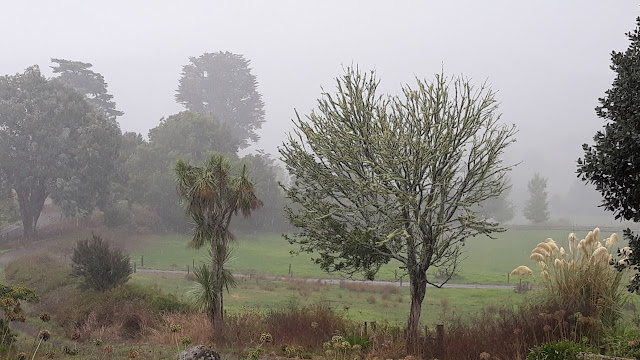