Fences, we have so many of them in this rural area - and so many of them the same!   Farm fences, that is.  And all my shots are of them.  They have 5 or 7 wires depending on whether they are keeping in cows or sheep.  Sometimes the top wire is barbed to discourage fence climbing.   They do the job and don't block the view. 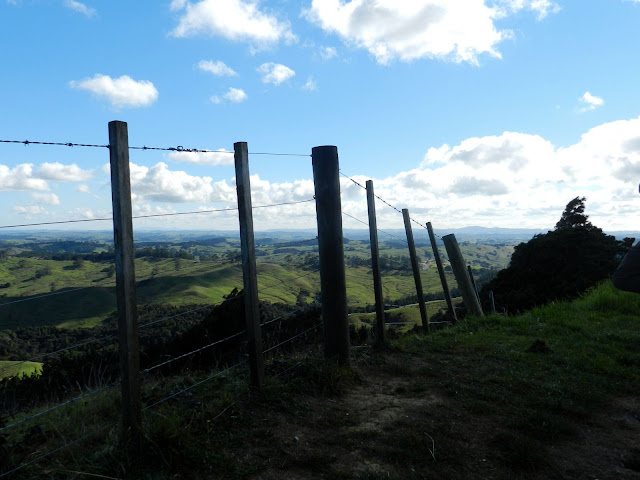 The next four photos are not from My Town.  They were taken, with this topic in mind, when I was visiting my daughter in Taranaki. 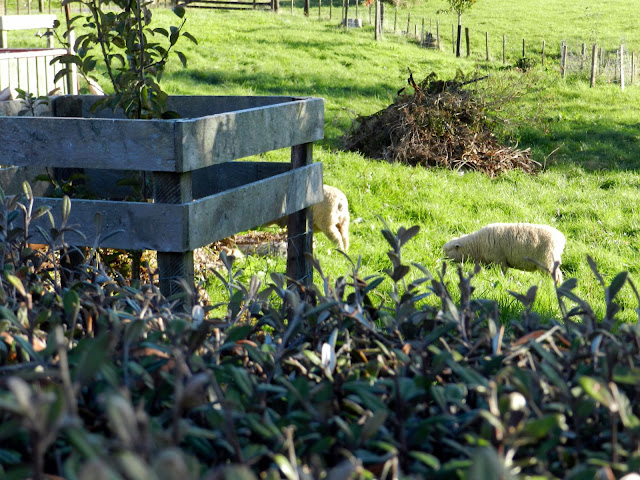 Aiden thinks this gate is to keep the animals in, not to keep him out and pushes determinedly against it.  (Lucky there are no sound effects to go with this shot because he wasn't amused that, despite his best effort, he was still locked out.) 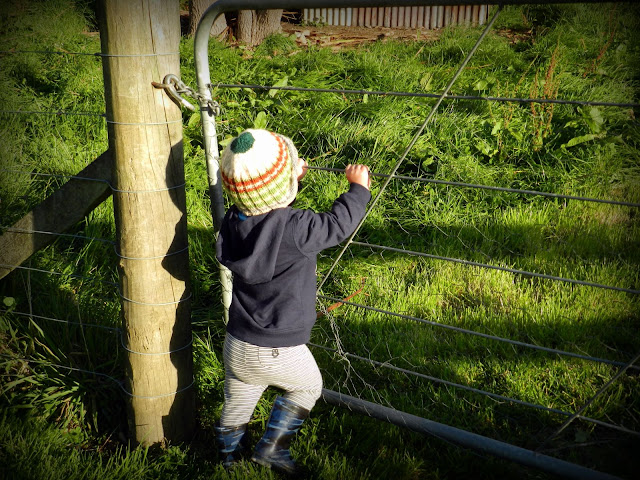 Most of our farm fences are pretty ordinary. 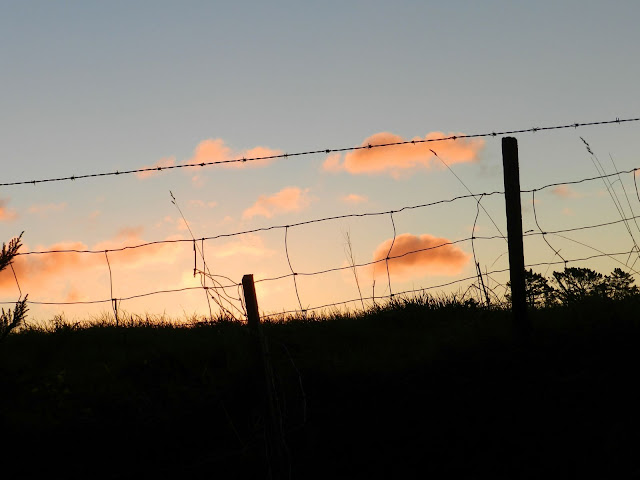 They get old and their staples rust. 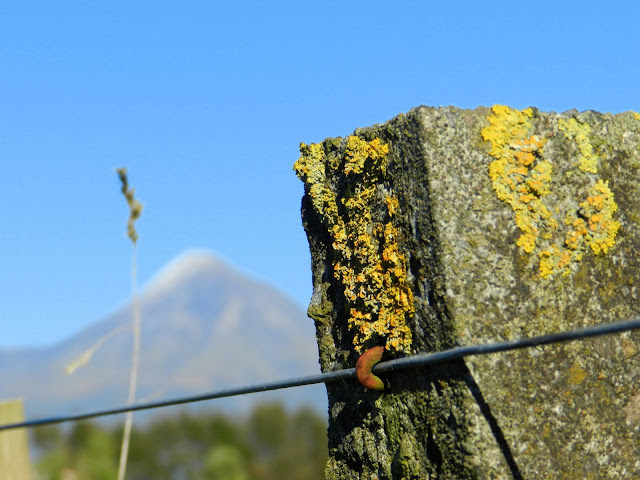 I went back to see what I had submitted for Fences when it was our topic over two years ago.  I featured the fence by the gateway in the following photos then, too.  And I've posted about the property before.   It's beside  State Highway 16, which I take when I go to Auckland; a perfectly ordinary fence surrounds extraordinary sights.  Beyond this humble fence (with the little yellow tag that warns that it is electrified) lays Alan Gibbs'  1,000 acre farm/Sculpture Park.  He purchased the windswept site in 1991 and since then has commissioned priceless and epic works by national and internationally renowned artists. 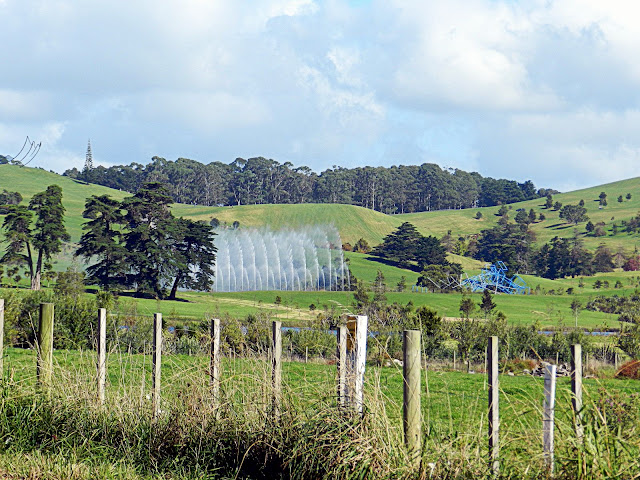 In addition, the exotic animals of the farm, including giraffes, zebras, water buffalo, and yaks, create living sculptures.  I recently thought I'd managed to get a photo of a giraffe and an elephant but when I passed by again three weeks later there they were in exactly the same spot - sculptures.   (The llamas and people are real, there was some sort of open day going on.) 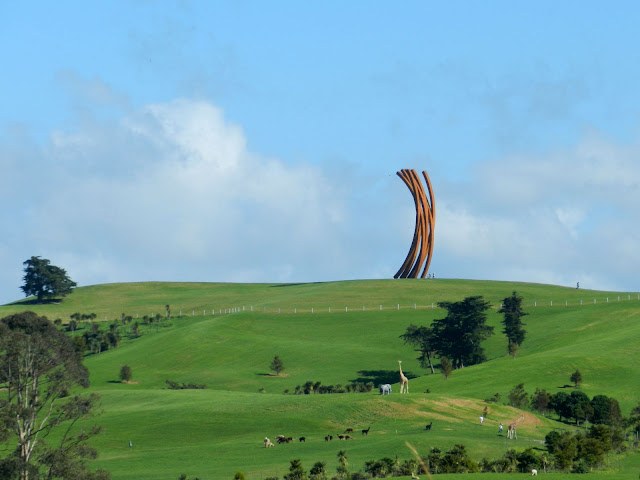 When I was returning home I was thinking I must stop to get a photo of the gate to the property and figured it would be just my luck for the gate to be open.  I've never ever seen it open, even on the day when people could be seen walking all over the place, the gates were locked.  And, guess what?  The darn thing was open.  It's an extension of the fence on either side of the opening.  Then it joins on to the ordinary old farm fence, which I always think is incongruous. 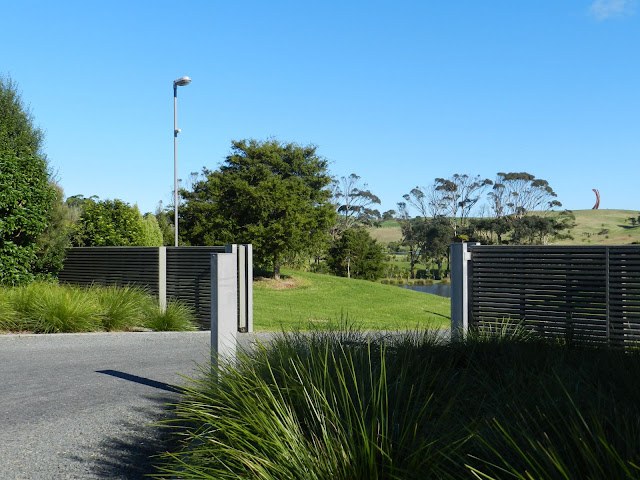 I can only hope that Mr Gibbs will one day open these gates to the public.  Well, he does that now occasionally to raise money for charity but an entry ticket costs $250.  Until my boat comes in, I'll have to be happy on this side of the fence.  Or, I should say, continue to be happy because I do enjoy stopping here and looking to see if there is anything new on the skyline.

Meanwhile this is more my style of gate: 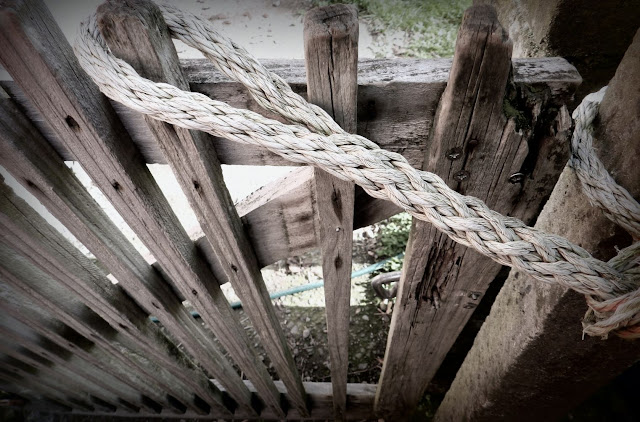 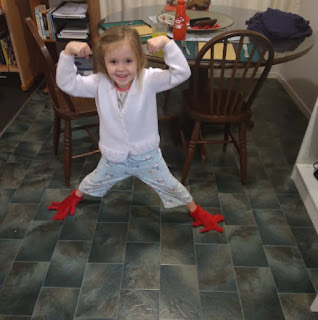