I had a night at the beach which is only 40 minutes away but the lifestyle is a bit of a contrast.  I stayed with my daughter in a renovated old house sitting right on the harbour.  Road access was up a little side street I've driven past for years and had no idea the beach was just on the other side of the houses. 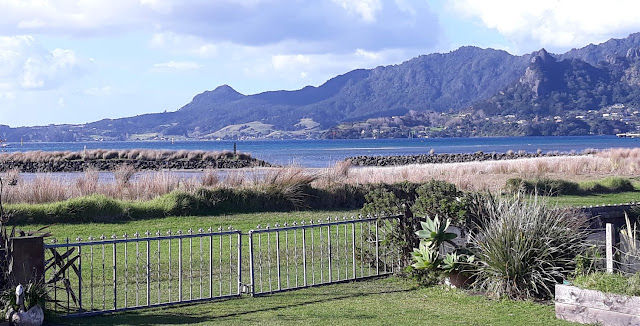 Most of the houses along that side of the road have gates opening on to the grassed verge to allow boat access to the harbour.

Looking to the left towards the marina entrance 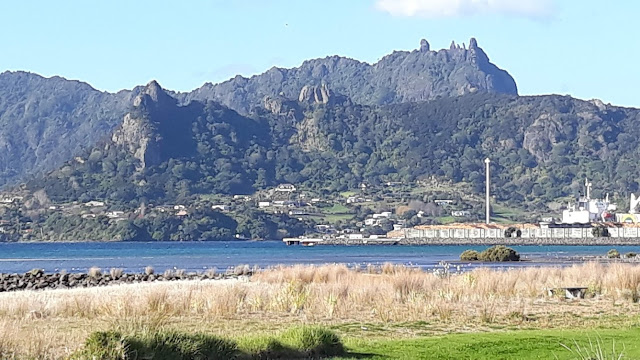 Around a bit to the right is the Marsden Point Oil Refinery.  There was a huge container ship at the wharf.

The light constantly changed throughout the day. 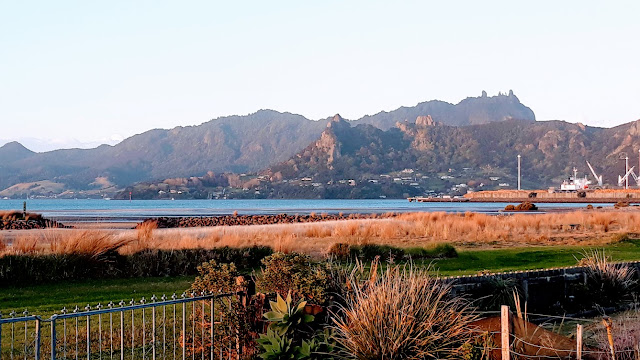 The interesting, craggy peaks on the other side of the harbour are Mt Manaia at Whangarei Heads.  The legend is they represent the family of a Maori ancestor who were turned to stove through ritual chants in a dispute over the infidelity of his wife.

Sight of the weekend for me was seeing this magnificent sight going slowly down the channel heading out to sea.  I'm pretty sure it is the R. Tucker Thompson, an iconic tall ship which is usually based in the Bay of Islands.  A few minutes after I took this they had another two sails up and were picking up speed quickly. 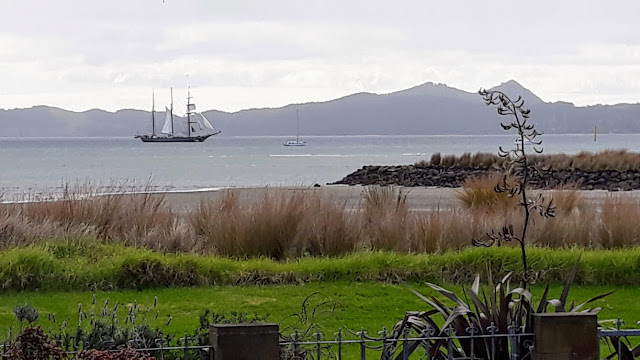