There's a new batch of hoons

I was reminded a couple of days ago about the risk of using Aussie or Kiwi slang in my posts.  Thank you, Anvil Cloud.  But sometimes a slang word is the only one that does the job for me.  The only word that comes to mind when I see these marks on the road is "hoons".  Maybe hooligan comes close but I associate that with British soccer.  And my Gran would call us little hooligans if we'd been playing rough or dangerous games.  So the connotations just aren't the same. 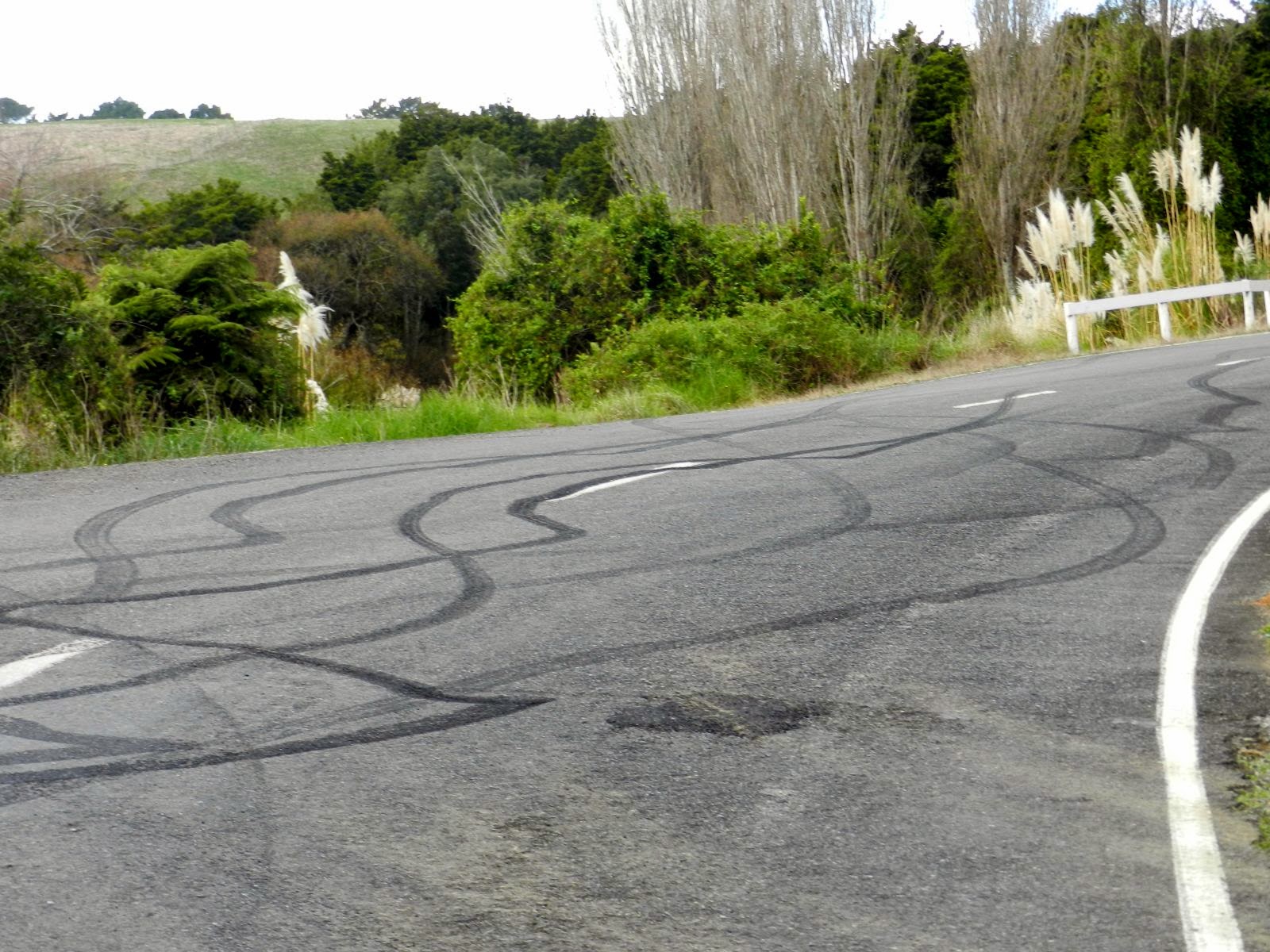 Wikipedia says Hoon is a term used in Australia and New Zealand to refer to anyone who engages in loutish, anti-social behaviour.  In particular, it is used to refer to one who drives a care (or boat) in a manner which is anti-social by the standards of contemporary society, i.e. too fast, too noisily or too dangerously.

Actually I don't hear it used much in New Zealand, here the term "boy racer" is used.  And that seems far too nice and polite to me.  A hoon is a hoon, why have an inoffensive term to describe them?

The term "hoon" has obtained a semi-official use in Australia, with police and Governments referring to legislation targeting anti-social driving activity as "anti-hoon laws".

Hoon activities can include speeding, burnouts, doughnuts or screeching tyres.  I imagine all that was going on here; maybe not the doughnuts, I think the road is possibly too narrow for that. 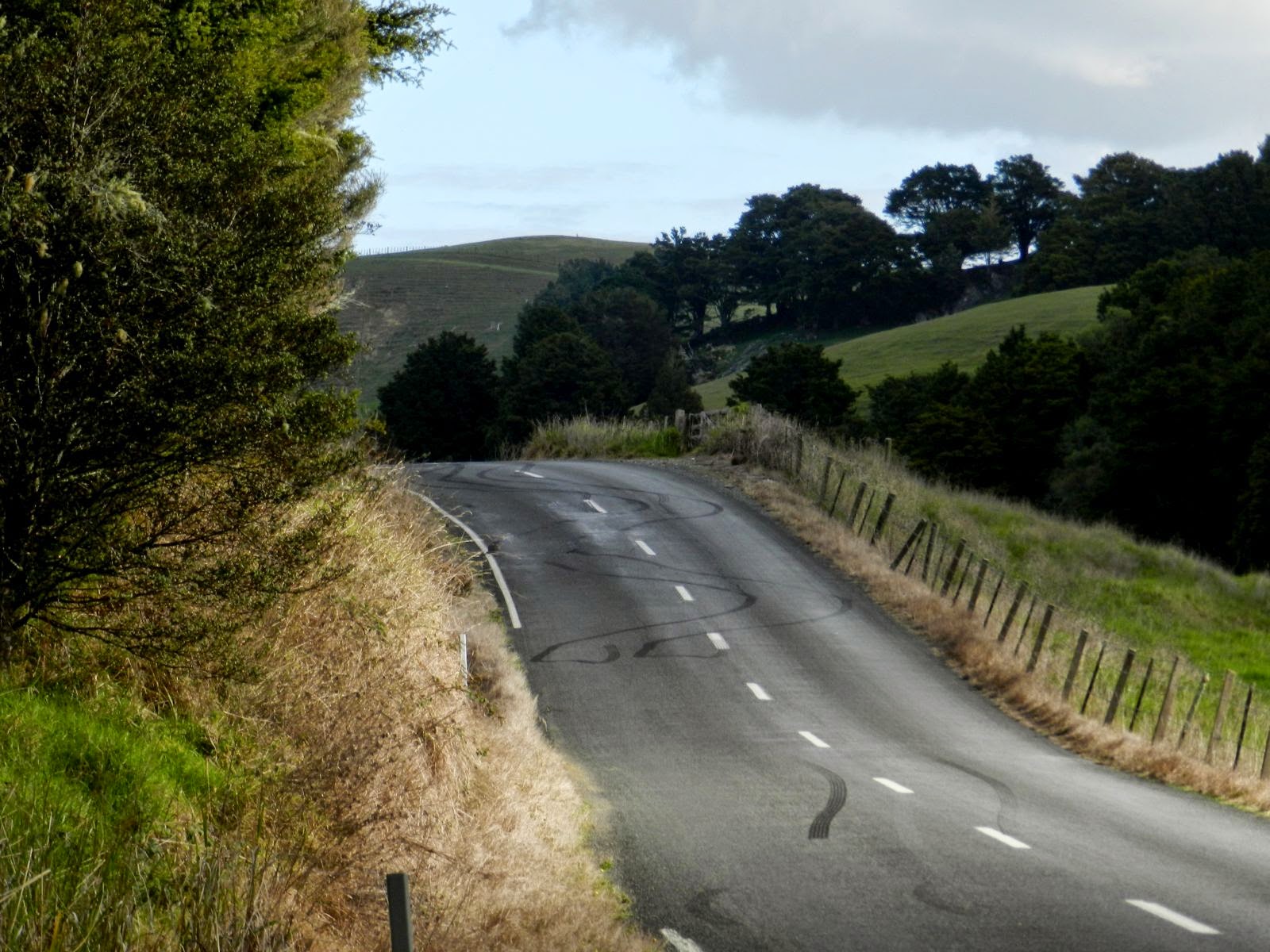 I've got no objection to the young having fun and I reluctantly accept that while they are driving like that they are developing skills but I wish they would find somewhere a bit safer (to themselves and other road users) to do it.    I suspect these marks were made at night, at least I hope so.  In the dark of the countryside, in most places along the road, you can see oncoming headlights from quite a distance away.  There's a little sideroad, just a farm access, about where I'm standing to take these photos and I guess the young hoons shoot up there to hide when they see a car coming.  Wouldn't want a passerby to recognise the car and mention it to mum or dad.  And, yes, that is highly likely to happen.

I just hope they survive their hooning.
Posted by Pauline at 4:59 PM